Our graduate Seyit Koyuncu won the Honorable Mention at Archiprix 2019 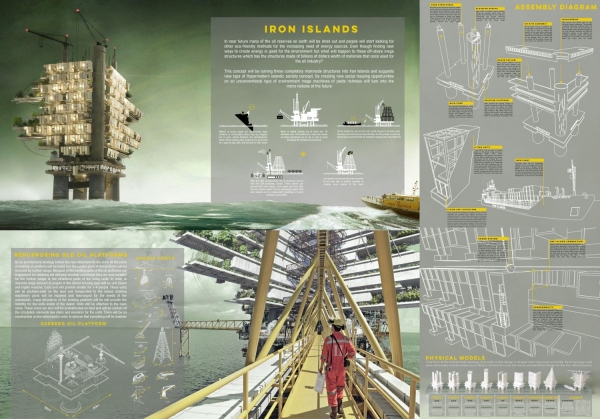 Seyit Koyuncu, Izmir University of Economics Faculty of Fine Arts and Design, Department of Architecture Graduate (2019), won the Honorable Mention Award with his senior design project at "Archiprix 2019", which is one of the most significant competitions for students of architecture in Turkey.

Seyit explains his Project “Iron Islands” as follows: “in near future, many of the oil reserves on earth will be dried out and people will start looking for other eco-friendly methods for the increasing need of energy sources. Even though finding new ways to create energy is good for the environment what will happen to these off-shore megastructures which have the structures made of billions of dollars worth of materials that once used for the oil industry? This concept will be turning these completely manmade structures into the Iron Islands and suggests a new type of Hypermodern island society. Creating social housing opportunities and a new type of environment mega machines of pasts richness will turn into the micronations of the future.”

Students of Department of Architecture returned from Archiprix with awards successively in 2011 with Gaye Bezircioğlu who won the grand prize, and Nazlı Kök and N. Mine Tunca who won the Serra Special awards in 2012 and 2013, respectively.

Archiprix started as a competition for students in Holland in 1979 for the first time and developed into a competition that includes 1527 universities worldwide that offer education in architecture, urban design, and landscape design. Turkey is one of the countries that hold the competition nationally. Archiprix has been held in Turkey since 1996.

You may have access to detailed information regarding the project from the link below: 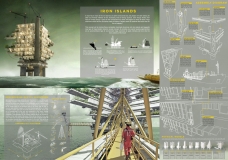 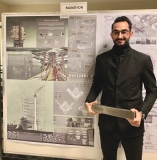 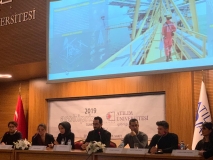 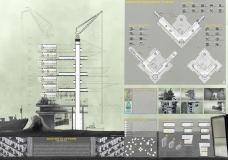