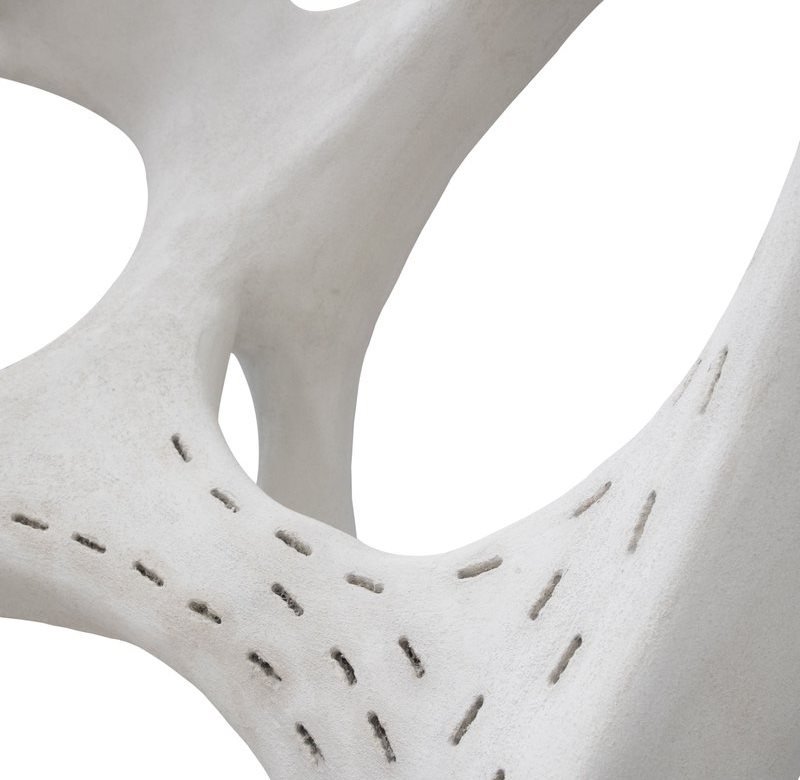 Our 2017 graduates Hande Kocabaş and Nevzat Kuru, together with Urban Atölye design studio which is supervised by Nilüfer Kozikoğlu, have been granted for exhibition at IV. International Architecture Biennial of Antalya with their installation called alve0sis: Animat.

Developed by Istanbul based craft-oriented design studio Urban Atolye, alve0sis: Animat is a timeframe animation on a fabric formed the network, which comprises the multidirectional tubular concrete structure, and an interwoven living matter- mycelium. The installation is erected in the Karaalioglu Park as a part of the IV. International Architecture Biennial of Antalya between September 22- October 13, 2017.

In align with the living nature of alve0sis, its computational generation process is consisting of a dynamic procedure, starting from particle information to cellular data, and eventually the bone structure that hosts mycelium. Alve0sis is an animal structure, coming out from an evolutionary animation process. The initial input for this animation derives from the particle data network, which responds to site and interior forces like shade, air flow and as well the spatiality and porosity it creates. These evolve to a sequence of forms arising from the same DNA, to multiple other adaptations.

Alve0sis is produced with the concrete spraying technique on fabric formwork with infill. Fabric formwork is getting generated from the main form with a coding that helps to install the structure inside a frame. During the installation Animat, alveosis structure is filled with mycellium infill that can be observed from the holes on the surface. 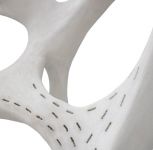 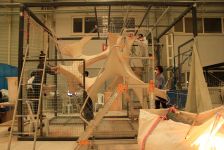