THE THIRD INSTALLMENT OF “TRANS_ARCH_EDU” SERIES 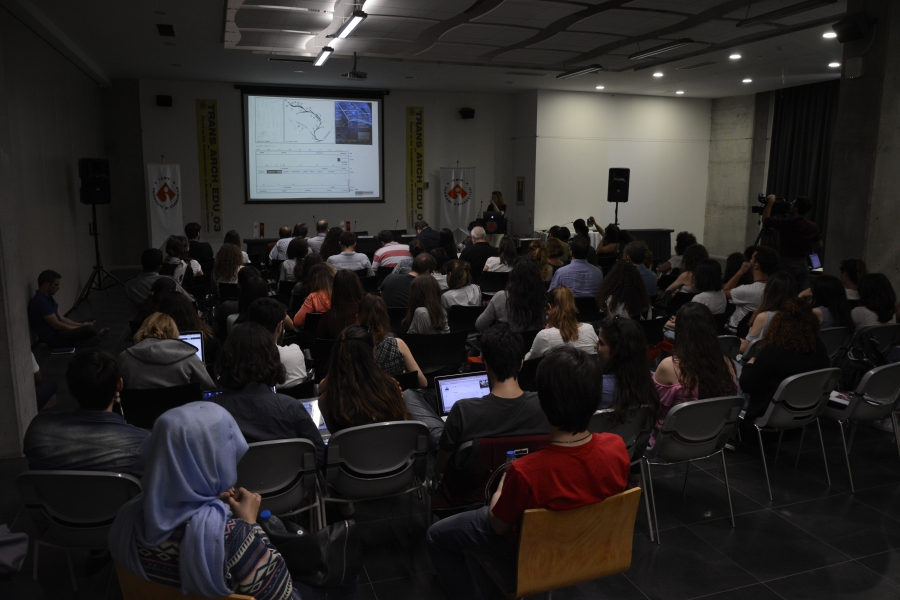 The third edition of the "Trans_Arch_Edu" colloquium series organized by IUE Department of Architecture, hosted Toni Kotnik from Aalto University, Nimish Biloria from TU Delft, Defne Sunguroğlu and Michael Hensel from Oslo School of Architecture and Design on 17th of May.

After some brief remarks recognizing the esteemed guests and celebrating the 10th anniversary of the founding of the Department of Architecture at IEU by the dean of Faculty of Fine Arts and Design, Prof. Dr. Ender Yazgan Bulgun, Department Head, Asst. Prof. Dr. Bahar Durmaz Drinkwater outlined the general aims of the symposium series and the departmental aims.

On behalf of the organization team, Asst. Prof. Dr. Güzden Varinlioğlu gave the brief history of the Trans_Arch_Edu series, which began in 2015 with a group of experienced educators as well as innovators in education.

The first session comprised Prof. Dr. Toni Kotnik from Aalto University and Dr. Nimish Biloria from TU Delft in a panel moderated by Sema Alacam. Dr. Sema Alacam opened the first session with her remarks on the contributions of Dr. Biloria and Dr. Kotnik to the understanding of the relationship between technology and thinking about structure and form, as well as the direct influence they have had on her own work. Dr. Kotnik discussed the introduction of the analytical “tool” of mathematics that has introduced itself into design thinking and practice. Dr. Biloria introduced a recent strand of investigation called “Info-Matter” that he has been exploring at the Hyperbody research group at TUDelft. 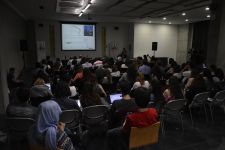 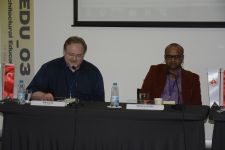 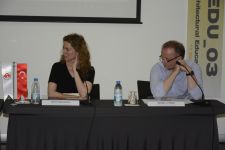 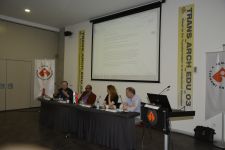