To our graduate The 2014 Golden A'Design Award 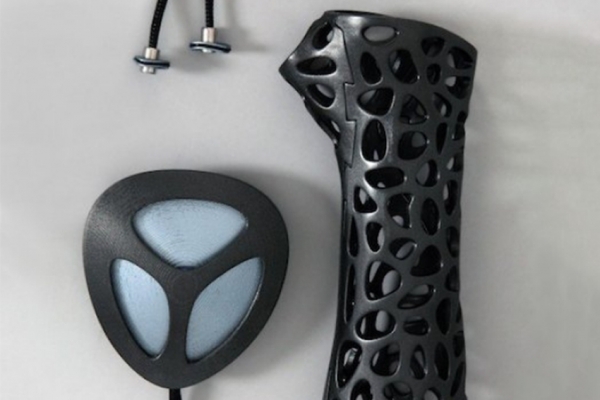 Old-fashioned casts are nasty, a festering stinksleeves that you wear like a medieval torture device for what seems like forever. 3D-printed casts take care of the smell and itch issues, and now Deniz Karasahin has designed the next step: a custom cast with an ultrasound device to speed up bone healing.

Karasahin's Osteoid is, obviously, just a design concept, winner of the 2014 Golden A'Design Award in the 3D-printed forms and product design category. But it's based on sound science: low-intensity pulsed ultrasound (LIPUS) has been found to reduce bone healing time by nearly 40% with just one 20-minute treatment a day. The therapy has been tricky to administer, because it requires placing ultrasound leads on the skin directly over the bone injury. That's impossible with an old-school plaster cast—but not with a 3D printed cast of the future. Since this is a design concept, you probably won't find it in your emergency room anytime soon. So like, don't go break your arm this weekend just for the chance to get a sci-fi 3D-printed cast. But projects like this show the ingenious things that can develop when great ideas in science and design come together. Someday, people with broken arms will walk around looking like cyborgs. 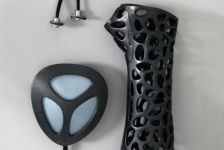 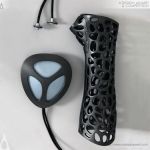 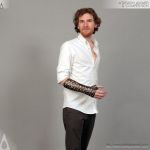 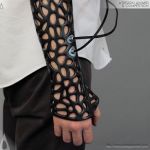